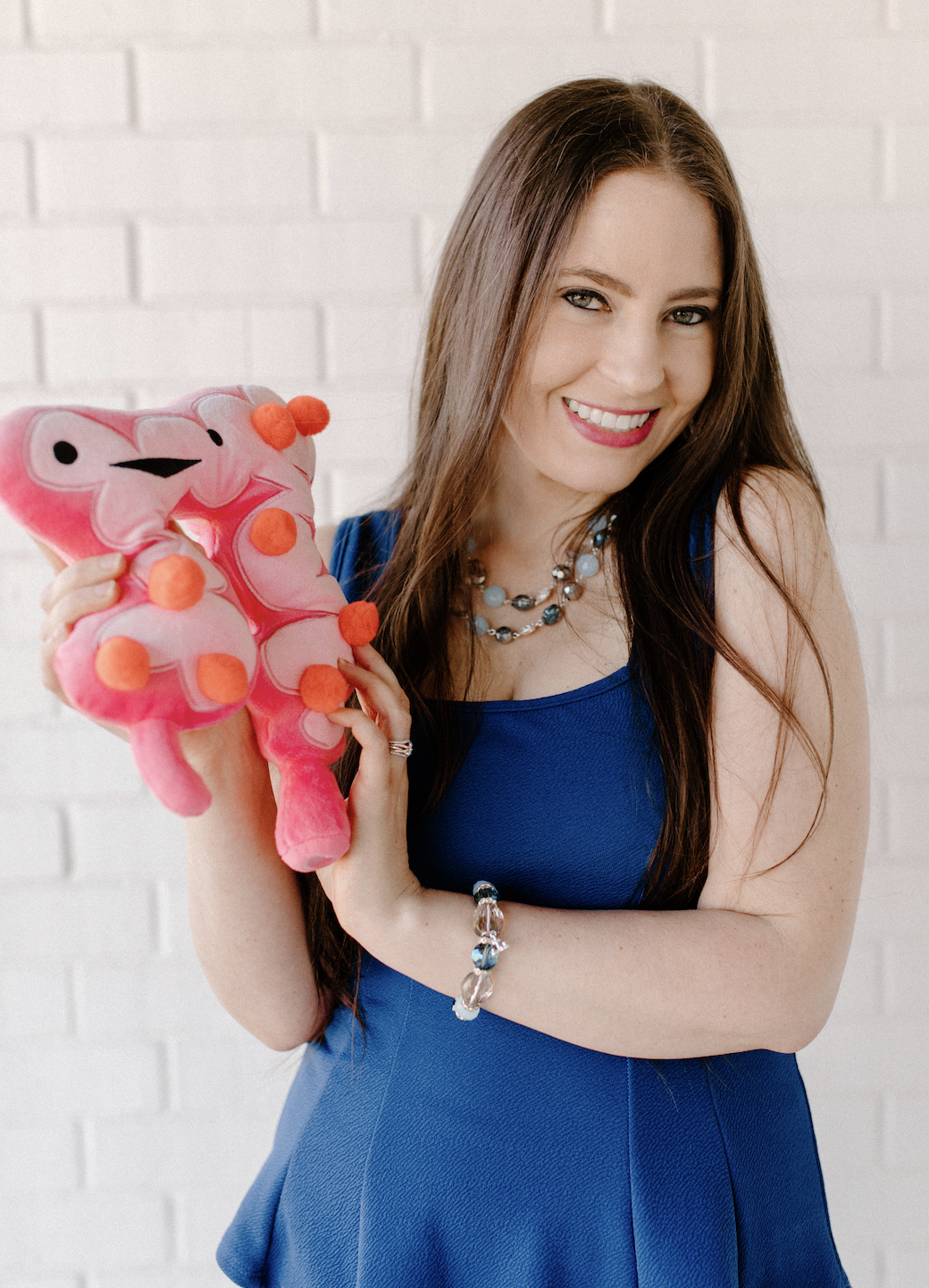 She was diagnosed with FAP in 1994 at age 8, but not without hurdles. Her PCP refused a GI referral for evaluation of chronic abdominal pain, stating Jenny was "just a whiny child", requiring her parents to change insurance plans to obtain a GI specialist evaluation. Upon hearing Jenny's symptoms and family history of FAP, the GI immediately ordered genetic testing, EGD, and colonoscopy. This determined her abdominal pain to be caused by becoming pre-ulcerous and a confirmed FAP diagnosis. At the age of 9, Jenny's colon was removed due to her FAP colon polyps starting to turn cancerous. However, Jenny experienced life-threatening complications leading to 4 more surgeries that year. This left her with SBS, an ileostomy for 6 years, and the development of medical PTSD.

Jenny greatly struggled with her mental health for several years until she finally agreed to obtain counseling to address her PTSD and depression. Following her ileostomy reversal into a Straight Pull Thru in 2001, she developed chronic pain and nausea to varying degrees which she still deals with today. A few months after her ostomy reversal, she once again experienced life-threatening complications. After months of testing to determine and resolve the cause of the complications, she ultimately required an exploratory surgery the next year allowing for the identification and resolution of the culprit. Jenny wouldn't require another surgery until 2021 when she had her gallbladder removed due to it being precancerous from FAP and full of gallstones. This surgery exacerbated her undiagnosed (at the time) abdominal migraine and would lead her through 6.5 months of testing by 7 specialists to finally provide her this new diagnosis. In the meantime, Jenny was bedbound 16 hours a day for 4 months due to the uncontrolled nerve pain from abdominal migraine. Through proper medication management and 3 months of physical therapy, she would finally reclaim her quality of life once again.

Due to her medical experiences, Jenny established Life's a Polyp in 2012 with the focus of raising awareness about her rare diseases, building online communities for FAP, promoting utilization of mental health resources, and patient empowerment across various platforms. Her ultimate goal in life is to help others avoid the same medical and mental health experiences she did as a child with rare diseases and to empower others in the navigation of their own chronic illnesses. She started the National Organization for Rare Disorders FAP Research Fund in 2015, to which she donates profits from Life's a Polyp Shop and her FAP Children's Book - Life's a Polyp with Zeke and Katie.

Click here to read all of Jenny's articles on RareDisease.net.